Founded in 1843, the Roman Catholic Diocese of Pittsburgh has a rich and storied history in Western Pennsylvania. But recently, the institution had come to face urgent and extraordinary financial needs. Its parishes, education programs and community outreach initiatives all needed support—and fast.

So in late 2012, the Diocese turned to Vance Wright Adams, which soon merged with Pipitone Group, to create an unprecedented campaign that would demonstrate the positive impact of such support. The goal of the Diocese of Pittsburgh’s Our Campaign for The Church Alive! was to raise $125 million over a five-year span. Victory would require diligent planning, messaging and execution—Pipitone Group and its partners at the Diocese were up to the task.

The creative objective of this capital and endowment campaign was to devise a distinct brand within the Diocese of Pittsburgh that would reinvigorate its base and prospective members alike.

The message we would help deliver was multifaceted and distinct from similar fundraising programs, focusing on the spirituality of generosity through sacrificial gifts. We worked with our colleagues at the Diocese to develop a core messaging strategy that contextualized the campaign and illustrated the tangible—and spiritual—benefits that a gift to the Diocese would bring.

Those messages, along with communication guidelines for parish leadership, were successfully delivered throughout 200 parishes and their communities with an integrated literature system. We used forms of media, both established and new, to reach the institution’s varied audience segments. These channels included: 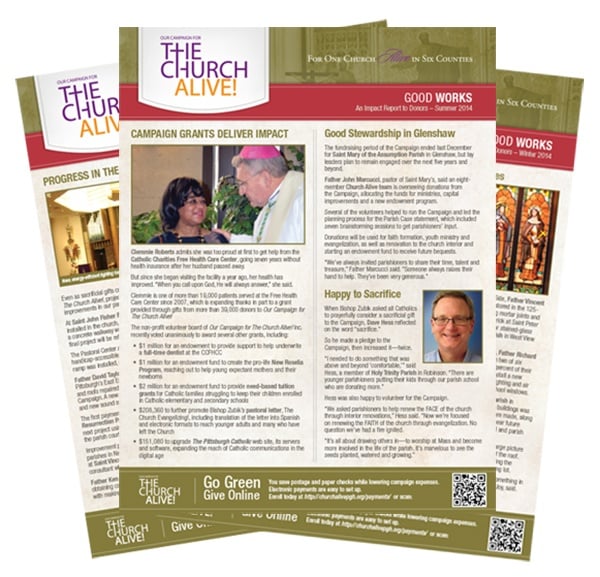 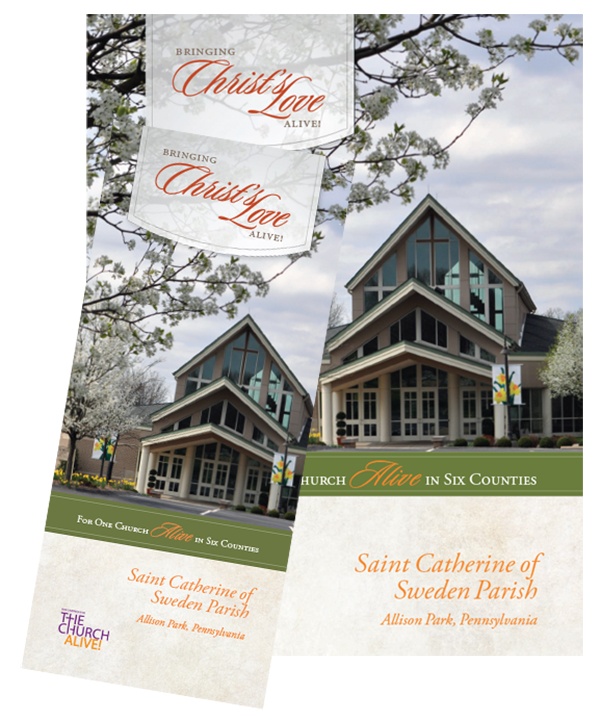 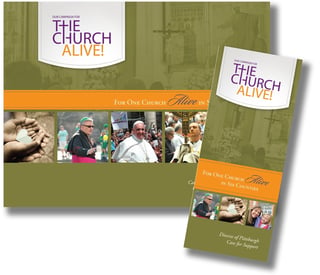 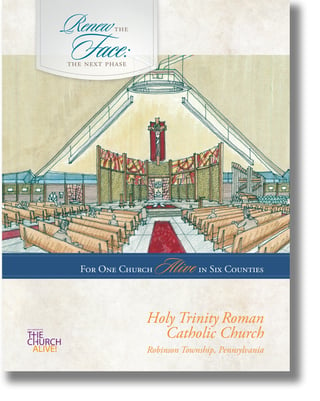 These vehicles, combined with consistent and strong message delivery, helped the Diocese stay on message to reach its audience—but most importantly, inspire action.

The campaign has generated over $92 million in paid gifts and $230 million in pledges to date—a national Diocesan fundraising record. But the campaign could never have been as successful without the institution’s rich history, the vibrant Pittsburgh community and great people inteGREATing their ideas.

Big goals? Talk to an inteGREATor about a plan to achieve them.