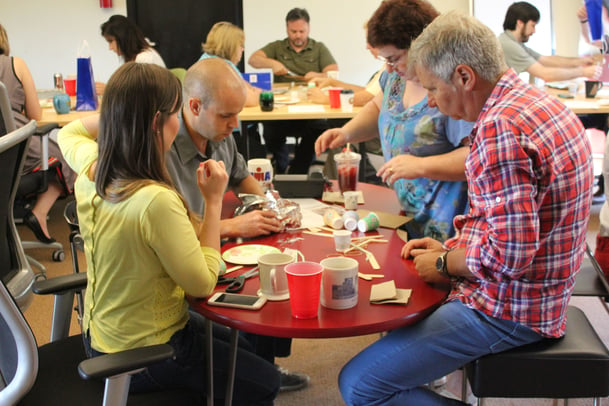 The competition was fierce as eight teams of Pipitone Group staffers worked together to create a safe landing contraption for a raw “egg-as-passenger” in last week’s team-building exercise. Affectionately labeled “Scott and Jeff’s Eggcellent Adventure,” after the movie of similar title, the event was sponsored by the InteGREAT committee, a group that works to foster collaboration and integration among all of the departments within the company. 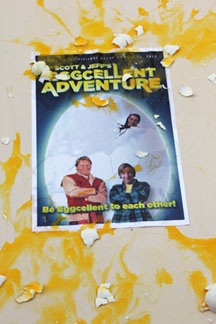 To quote the movie, “You and I have witnessed many things, but nothing as bodacious as what just happened.”


Using identically equipped bags of supplied materials—including such items as cotton balls, Dixie cups, rubber bands, aluminum foil and tongue depressors—the teams were tasked with building their protective apparatuses within a 30-minute planning and design period. Toni Ault from Design, one of the event judges, then dropped the egg containers one by one off the deck of the PG building onto flat impervious surface roughly 16 feet below. Dayna DiRienzo from Content and Randy Livingston from Design, the other two judges, conducted the official post-drop egg inspections.

The judges were surprised to find that they had grossly underestimated the engineering and design skills of the PG teams: Six of the eight eggs survived their descents completely intact, with the other two found to be cracked but with the innards relatively contained.

Two of the surviving six eggs had to be launched twice when their first launch inadvertently strayed from the target, landing in the soft grass. Both survived their respective re-launches. To break the unanticipated ties, each of the surviving teams had their team numbers entered into a drawing, with the two teams whose eggs were re-launched receiving two entries. The winning team was Team 4, made up of Vince Maffessanti from Production, Allison Carberry from Account Services and Brittany Smalls from Digital Marketing. They received a $50 gift card for a breakfast (and an hour of time off to consume it) at the restaurant of their choosing.

The final leg of the contest was a precision egg-dropping competition among the teams whose eggs survived the first phase. Each team fielded one member to drop their egg onto the event poster below, with the winner being the egg coming closest to hitting Arnie Begler’s smiling face in the upper right of the poster. Ironically, Team 4’s egg, launched by Vince, was a direct hit. No prizes were awarded for this part of the contest, just bragging rights for having egged Arnie, who was out on vacation last week.

“We organize these events to help bring the different departments of our agency together,” says Scott Pipitone, president and CEO. “The success of our creative end-product depends on good collaboration so it’s important that we form and foster positive working relationships among the people on our teams. Besides, it’s also fun.” The agency sponsors several other company-wide team-building events, including a bowling event, community service day, deck parties and seasonal holiday observances, to keep the collaborative spirit alive throughout the year.

Thanks to all eight teams, who not only took their assignments seriously and created some really interesting contraptions, but who were eggcellent to each other throughout the event. A good time—and future collaborative goodwill—was had by all. 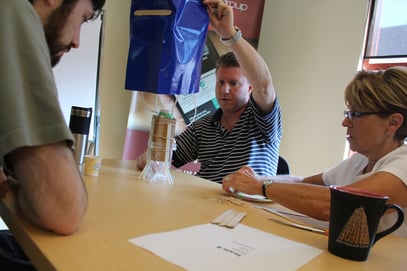 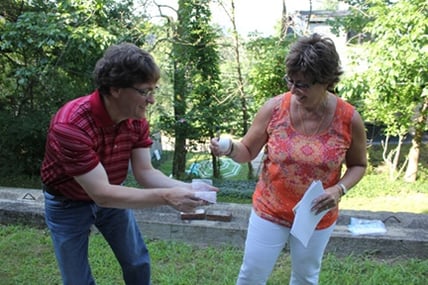 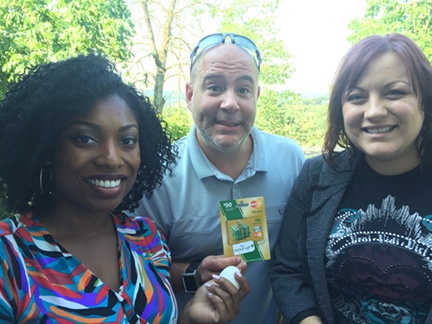