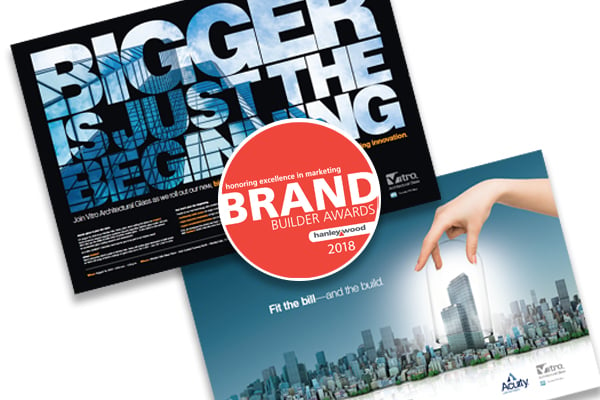 That’s because Pipitone Group (Pipitone) was honored for its work with Vitro Architectural Glass with a pair of Brand Builder Awards at the Market Leaders Dinner in Sin City last month.Now in its sixth year, Pipitone has been recognized as a Brand Builder award winner in each year of the event. This year, Pipitone was one of only seven agencies to be recognized for award-winning work, and one of four to be recognized for multiple awards.Competing against some of the top architectural marketing initiatives in the country, Pipitone and Vitro Architectural Glass earned a pair of awards in the B2B custom event and new product launch categories, respectively. 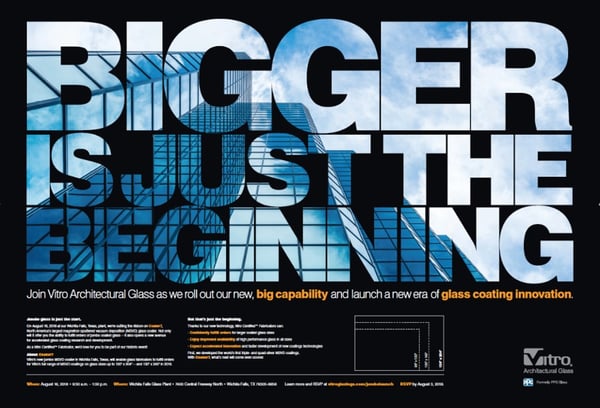 The Brand Builder Awards marked the second time that Pipitone and Vitro were honored for their work on these campaigns. In January, we earned a Public Relations Society of America (PRSA) Pittsburgh Renaissance Award for the Jumbo Coater Grand Opening Event Campaign and a PRSA Merit Award for the Acuity® Low-Iron Glass Product Launch Campaign.