In the Business to Business category, the "Sustainability Lead Marcomm Campaign (ECOCENTRIA)" was recognized for publicizing and promoting the superior sustainable aspects of CENTRIA and its products. "Accu-Tab Advisors Thought Leader Campaign" was honored in the Media Relations: less than $20,000 category for success in working with the media to help differentiate Accu-Tab’scommercial pool water chlorination solution system from its competition.

Pipitone Group is pleased to accept these great honors from PRSA Pittsburgh and is looking forward to next year’s Renaissance Awards.

About Pipitone Group
Pipitone Group was founded in 1992 and is Pittsburgh’s only firm dedicated to channel marketing. By developing and executing strategic programs targeted at the influencers and entities essential to each client, Pipitone Group and its Channel Marketing by Design™ philosophy help clients talk through the people that talk to their customers. 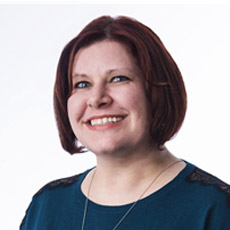 As Pipitone Group’s Director of Digital, Leah knows you can’t find the forest without looking for the trees. Her day-to-day goal is helping clients leave a digital footprint, and she is a master at developing strategic and measurable digital marketing plans and executing them using a wide array of tools and best practices. Leah is passionate about tracking how marketing performs and thinking about how iterative improvements can turn any client’s everyday marketing efforts into amazing lead generation and nurturing tools.