Printed Publications: Gutenberg’s Got Nothin’ on Me 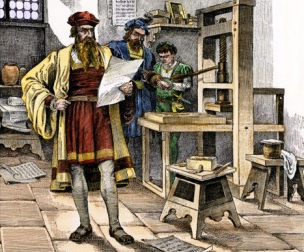 I’ve been in the marketing and communications industry for a long time—longer than I care to admit to the general public! Since graduating from Penn State with a degree in marketing many years ago, I’ve seen a massive amount of change.

Before becoming a principal at Pipitone Group and a partner at Vance Wright Adams, I was a print salesman. For those of you who grew up in the technology era and have always known desktop publishing, picture this: To produce a publication, you needed three people—a designer, a typesetter and a paste-up artist.  Pages were literally pasted up on boards. When you wanted to change the text in a document being readied for print, you had to have the typesetter key in the changes, develop and dry the type like a black and white photo, then send the paper type through a waxing machine. The new copy was then cut out with an X-Acto blade and placed over the existing type—and with every change you might have to proofread the better part of the document to ensure no type was missing or covered up. Then the collection of boards would go to the printer to be made into the negatives that would be used for printing through offset lithography.

As you can imagine, the process to write, typeset and paste-up each publication was so labor-intensive that clients and team members spent a good deal of time planning the development of each piece. Since the production time was considerably longer and the process of making changes so costly, clients took more time to consider the changes they made. Depending on where the project was in the production process, the closer it was to printing the fewer the changes the client might make, unless they were absolutely necessary. So errors generally were fixed, but author’s alterations were held to a minimum. Then after an intense proofreading process, the necessary changes would be made and the document would go to print.

How times have changed

Obviously, that model seems archaic now. Today, jobs are sometimes needed the same day they come in. And although turnaround has improved, the frantic pace of progress is not necessarily a good thing. Without planning, many jobs are knee-jerk reactions—and strategy is often what’s sacrificed for the sake of speed.

So taking the time to consider all the tactics needed to execute your overall strategy—particularly publications—can make the production process not only more effective, but more cost-effective as well. Believe me: We love printing brochures—but is a brochure always your best approach?  Would a PDF on your website be more cost effective AND allow you to capture prospects’ information? Or could an email do the job? And we’re happy to input the 13th round of changes, but would it be more economical to consolidate all your reviewers’ changes onto one copy and have us make all the changes just one or two times?

The benefits of planning

The increased speed of our culture is, for the most part, wonderful. But sometimes when you rush through a job, you end up incurring extra costs and getting something akin to buyer’s remorse.  Maybe if you’d thought it through more, you might have gone in a different direction. Rush projects happen—we’re ready for them and handle them very well—but they should be the exception and not the rule.  By taking the time to do a little more advance planning, you can ensure that you get the publication you really want at the most cost-effective price. 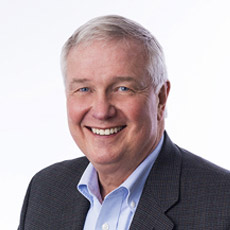 Ron brings to Pipitone Group the perfect combination of attributes that made him a stellar sales manager at the region's premier printer of annual reports, Herbick & Held, back in the day: a get-it-done work ethic, an unruffled exterior and the charm to make clients and staff eager to work with him. He has more than 39 years of experience in developing a wide range of visual communication projects and websites for a variety of corporations as a managing partner at Vance Wright Adams. Ron's clients include industrial, financial services, consumer products and technology companies, colleges and universities, and businesses of every size. He is a graduate of Penn State with a bachelor's degree in marketing.