Revealing the Power of Marketing Integration 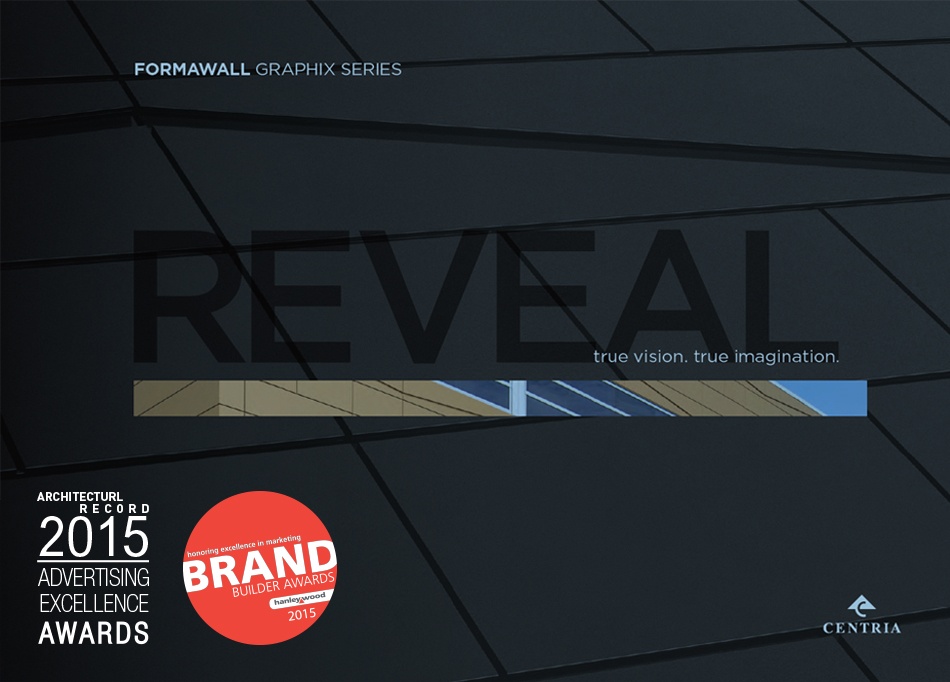 To architects, the benefits of CENTRIA’s enhanced Formawall® Graphix SeriesTM with Directional Reveals should have been obvious: Now, they could really get creative with their designs without complicating their project’s installation. These product enhancements enabled a single insulated metal panel to be customized to look like up to 24 smaller ones, each with its own reveal or combination of reveals, and in its own color. In addition, the reveals could also be positioned horizontally or vertically, affording architects even more freedom and ambition in their designs.

But the benefits aren’t so obvious if architects aren’t aware of them.

For Pipitone Group and CENTRIA, generating awareness around such an exciting product launch had significant challenges. Architects are famously creative, intelligent and savvy—so inventive, memorable creative was a must. Formawall insulated metal panel systems had also been around since 1999 and had built a reputation for advanced thermal and moisture protection. How could CENTRIA ensure that the design freedom that Formawall Graphix Series with Directional Reveals, well, reveal, don’t distract from Formawall® insulated metal panel systems’ high performance reputation?

The solution was an integrated marketing effort that was just as multidimensional as the product. 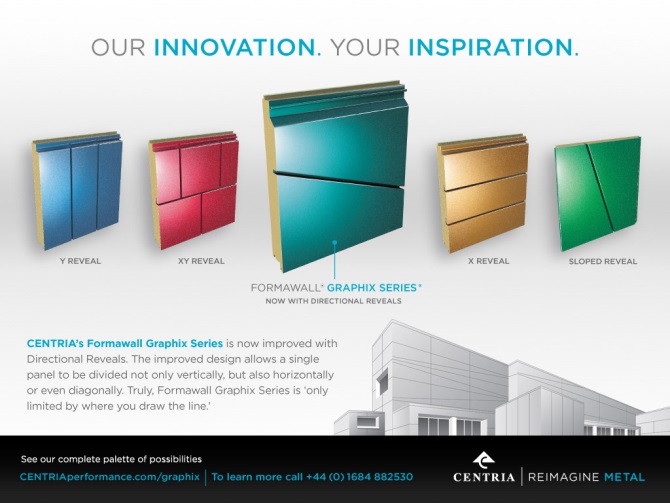 These ads drove architects to a new landing page where they could enter their contact information to receive an elegant new product catalog. The catalog captured the essence of the product through a visual representation of the Reveal concept itself—the blending of lines and shapes to create something innovative.

CENTRIA produced a video that would live on the new landing page, featuring its director of product management and R&D, who explained the features and benefits of the new product.

A direct mail campaign was employed to generate buzz from both architects and the trade media at the 2014 AIA Convention in Chicago, where the product was introduced for the first time.

CENTRIA also garnered significant coverage and interest from the media on the new product. More than a dozen articles were placed featuring the new Formawall Graphix Series product line and CENTRIA hosted over 15 journalists from varying trade publications at the AIA Convention to learn more.

For this innovative product launch, each element built upon the others, earning a Best New Product Launch honor at the Hanley Wood Brand Builder Awards.